Sarah McLachlan - In the arms of an angel

That's a reassuring thought, isn't it? That the way Jesus cares for our little ones is He sets angels to guard them and protect them and watch over them.

To those of you who have children that are sick, in body or mind, what a comforting thought that there are — and you know, angels are powerful creatures. You rarely read in the Bible of somebody seeing an angel but that he's prostrate on the floor and even at Christmas, what did the angels say to the shepherds in Bethlehem? These powerful creatures, powerful creatures, guarding and protecting and watching over our little ones to do the bidding of our Heavenly Father.

The parable of the rich man and Lazarus tells us that at death, the poor man was carried into heaven by angels, and I wonder, I wonder — is that the first thing that we see when we die? Before we see the face of Jesus, before we're ushered into the presence of Jesus sitting at the right hand of God, and to see the beauty of that beatific vision — the first thing that we see are angels. Perhaps the very angels who have been guarding and protecting and watching over us in the course of our lives and we didn't even know it. That's exciting.

I find that exciting. They declare God's glory, they fulfill God's will, they are servants and defenders.

My favorite Old Testament story I think is the story of Elisha and his servant — 2 Kings chapter 6 — and you remember they are surrounded. Every Christmastime in Britain there's a TV show, it's a very old show, it was a time when TV was clean and you could let your children watch it. It was called Dad's Army. Some of you might know it. It was set in the Second World War - a group of men, home-guard, generally elderly men, too old to enlist for the service, and they were the defenders of home. This was set in a place called Walmington-on-Sea on the southern coast, and it was led by a pompous, though very patriotic, Captain Mainwaring.

But there was a character in the show, a Scotsman, a dour Scotsman, Private James Freighter, who had glass, staring eyes, and he was a coffin maker. And every show had a scenario, a moment where things were looking bad. And do you remember Elisha's response?

Defenders, protectors. Angels remind us that God cares for us. He cares for us. He's talking about the coming of Jesus. He's talking about the incarnation and the life and death and resurrection of Jesus, and how prophets, Old Testament prophets, wondered about the things that they themselves by the Holy Spirit wrote. And what child is this? And they wondered. They gazed into their own writings. 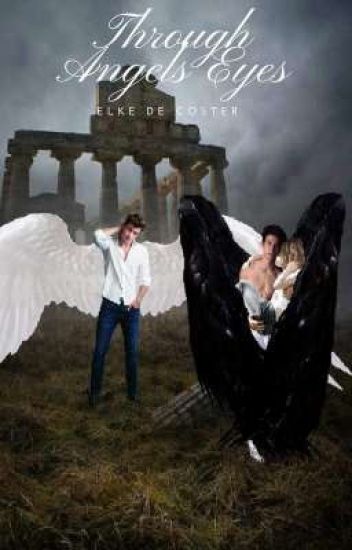 It's the word John uses for Mary stooping down and staring into the empty tomb. The angels are fascinated by the Gospel. You know, when man fell in Eden, can you imagine the angels? I'm going. What is this, that the second person of the Trinity would become incarnate and endure all of this for sinners? What is this? Something that was never done for angels.

They are together for the Gospel. Do you know, that leads me to ask my third question. It's a speculative question and homileticians can rap me on the knuckles afterwards, but I'm going to ask it anyway. If you saw an angel this morning, what do you think that angel would say to you? They love to sing about it. And I think, yes, I think that the angels would concur with that. Are your affections, is your heart, truly engaged in this extraordinary message that God so loves sinners like you and me that He is prepared to send His Son to be born in a stable in Bethlehem and to die upon a cross on Calvary to save us and rescue us so that we , think about this, so that we might become part of that family which consists of Gabriel and Michael and these powerful, powerful angels to behold the beauty of the Lamb and praise Him forevermore?

What a thing it is to know that the Gospel is true. When she was finished I was amazed by both her talent and the beautiful gift she left me with. I shared a picture of his master piece on Facebook and got a message from a friend who works for a local hospice organization, she asked if Kelly might be willing to meet with another family to give them the precious gift of art made by their daughter - Kelly gladly accepted. It occurred to me then that I had to ask if she would be willing to come to the conference and share this amazing gift with the other families who I knew would appreciate it as much as I do.

We were more than pleased with the turnout of other families and I believe that they were just as happy with their priceless piece of art, as we are of ours! Volunteer artists helped families to have lots of fun creating a keepsake like no other.